Dorothy Creamer, editor-in-chief of Hospitality Technology has been with HT for five years, starting as the publication’s managing editor. In that role, she managed daily editorial operations plus the brand’s digital channels, including its website and e-newsletters. In 2016 she was promoted to editor and now, in addition to driving HT’s editorial direction, she is responsible for the analysis and writing behind the brand’s three benchmark industry research reports. She also develops content and leads speaker recruitment efforts for HT’s three annual industry events. Creamer has been with HT’s parent company since 2009. Prior to joining HT, she led the full editorial strategy for several merchandising magazines. A publishing professional for 15+ years, Creamer started her career as an editor for a consumer publications house, where she rose through the ranks to be editor-in-chief of magazines with subjects ranging from children’s/teen entertainment, cooking, hairstyles and home décor to men's entertainment. 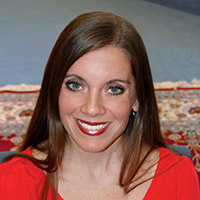