Russo joined Choice Hotels in 2014. Under his leadership, the company successfully completed the redesign of the Choice Privileges loyalty program, which has since grown its membership to more than 40 million active members and earned recognition from USA Today and U.S. News and World Report as a top hotel loyalty program for three consecutive years. In 2015, Russo also assumed responsibility for the company’s network of call centers.

Prior to joining Choice, Russo held various positions related to card acquisition, product management, and business development at American Express. In the consumer division of American Express, he managed marketing of co-brand products, such as the Delta SkyMiles Card, negotiated and launched the Mercedes-Benz credit cards, and began acquisition programs with Amazon Prime and Universal Studios. He also held positions in the Merchant Services organization, where he was responsible for managing global hotel and industry relationships.
Speaking At
BO3 - Cultivating Loyalty in a Disloyal Culture 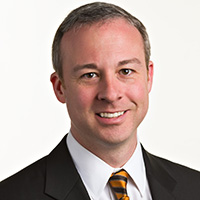